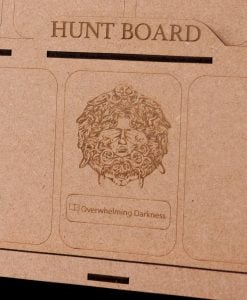 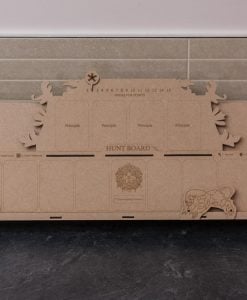 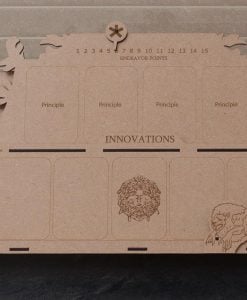 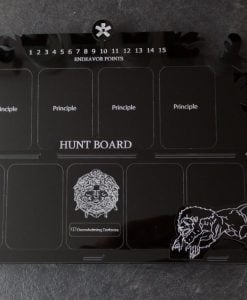 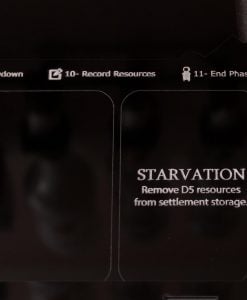 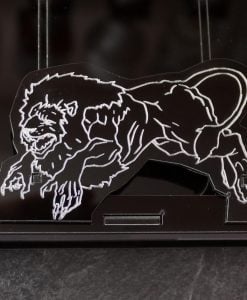 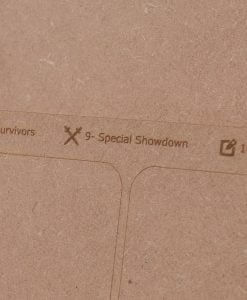 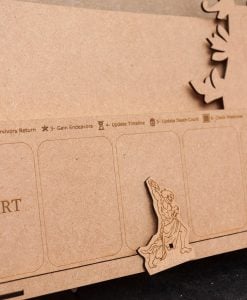 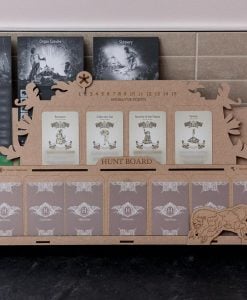 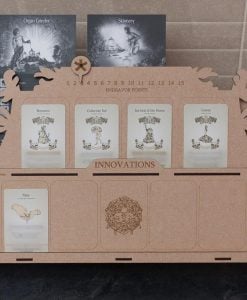 Updated for changes in KDM 1.5.  Now also available as an innovations tracking board.  Select the appropriate option before adding to your cart.

Ever tried to play more than one lantern year of Kingdom Death Monster and had to spend ages re-setting the boards? Moving the showdown board out of the way, just to get the settlement board out, then a few minutes later turning that over and setting up the hunt board, then repeating the cycle. This alternative Kingdom Death Monster Settlement and Hunt board is designed to be the solution to that problem.

Once your settlement has selected a quarry for their next hunt, move down to the Hunt board and place the hunt event cards along this track as you usually would. You’ll also find reminders of the hunt special events engraved in their respective spaces (namely overwhelming darkness and starvation). Use the survivor and lion token to track your survivors as they hunt their quarry. Once the survivors catch the quarry, you can move straight to the showdown without having to move any boards.

Made out of 3mm MDF or Black Acrylic.

This product is not licensed by Kingdom Death, but a donation is made to Heriberto for every board sold for his work in designing it.

Board is provided flatpack and will require wood glue/epoxy for assembly. Assembly instructions are available here.

Usually less than one week for MDF, or two weeks for Acrylic.

1 review for Kingdom Death Monster Settlement and Hunt Board

Only logged in customers who have purchased this product may leave a review. 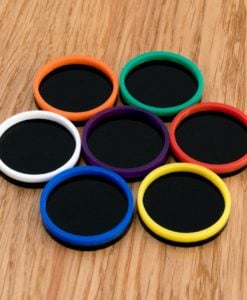 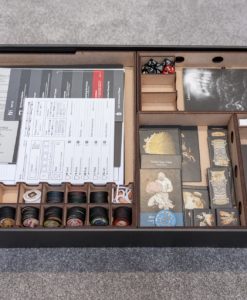 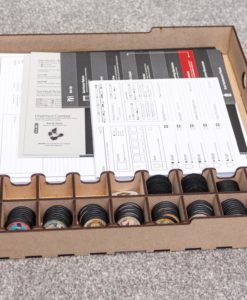 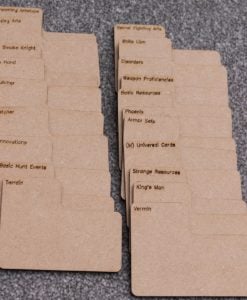 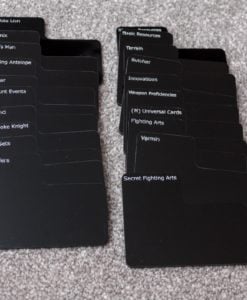 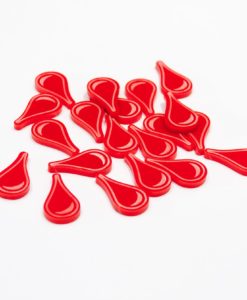 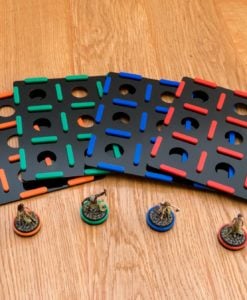 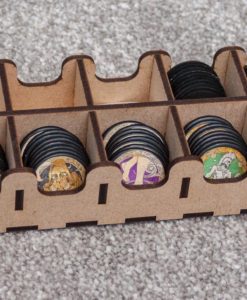 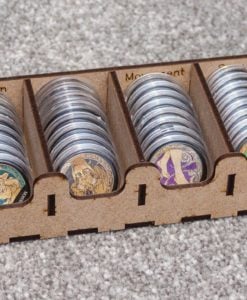 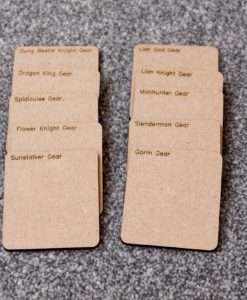 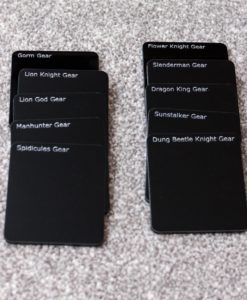 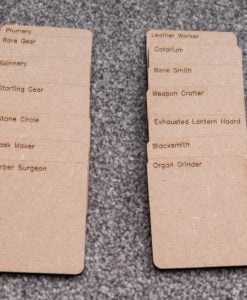 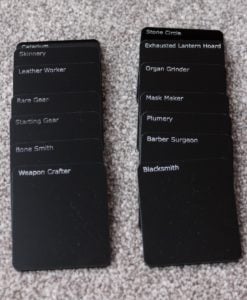