To assemble the Kingdom Death Monster Box Insert, you will need: 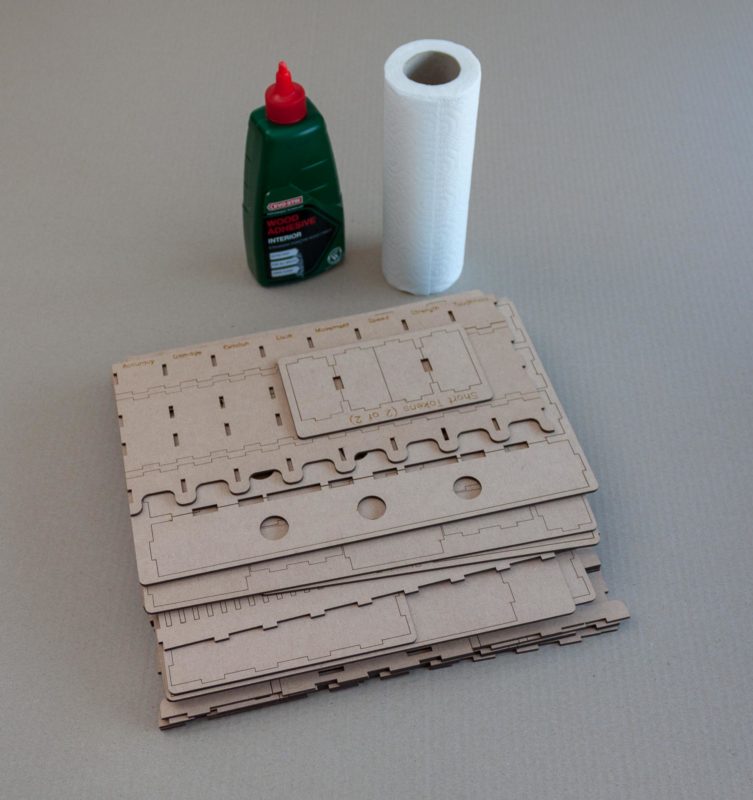 Each tray is delivered as one or more wooden punch out boards.  The rear of the boards will have burn marks from the cutting process, that optionally can be removed with sandpaper, this is optional, and has not been done on the pictures shown on the product page.  To punch out the components, work carefully round the edges of each part, gently pushing them apart when you find them joined. 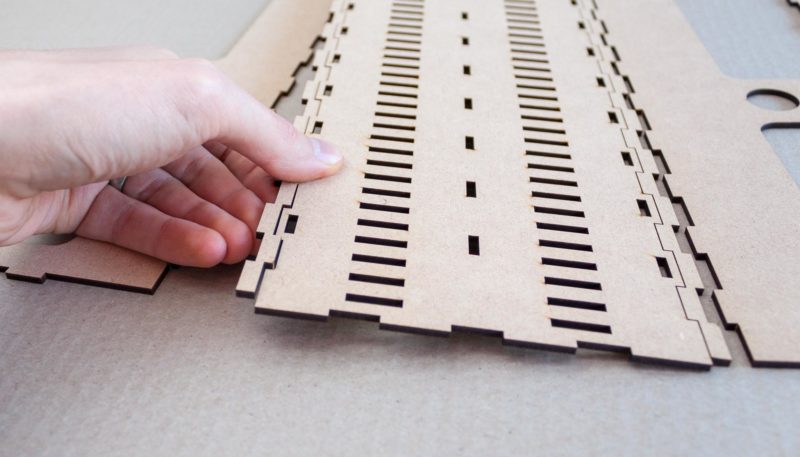 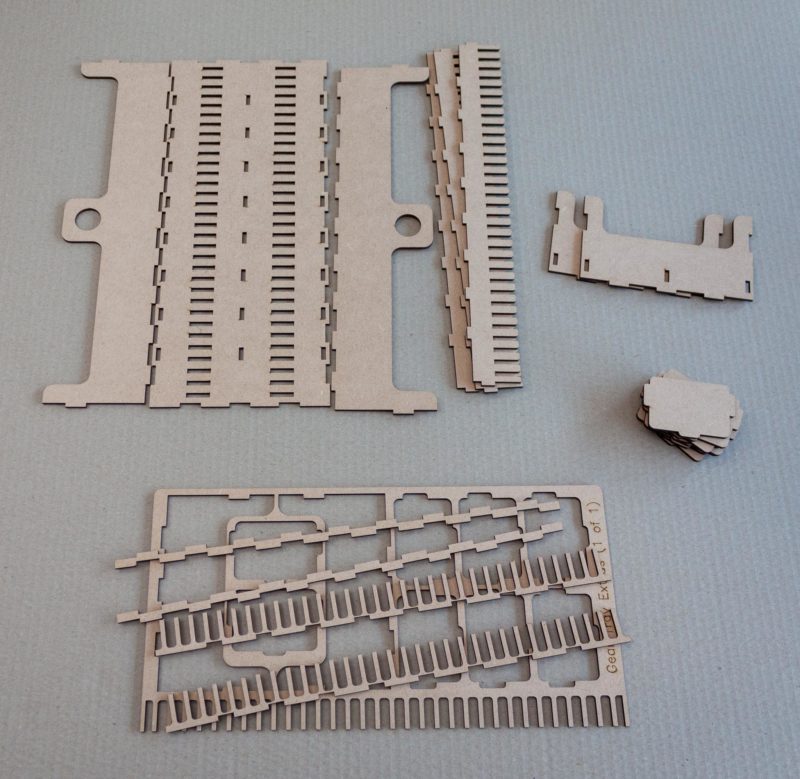 The majority of trays in the insert are assembled by following exactly the same steps.  With this in mind, we will cover one tray completely, and then describe and relevant differences for specific trays.

Note: Run through the assembly of each tray without glue first, to ensure that all of the pieces have been correctly identified and located.

The terrain tray comes from a single punch board, identified below: 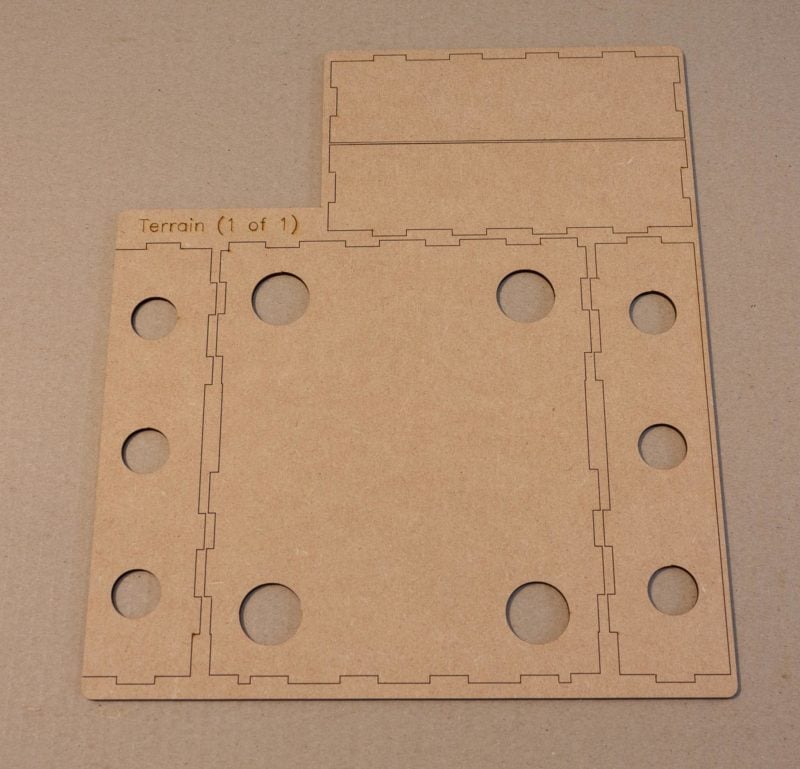 Layout pieces for glue like such.  Pay attention to the left and right side pieces and that they match the picture below, if not, they need flipping/rotating/swapping until they do. 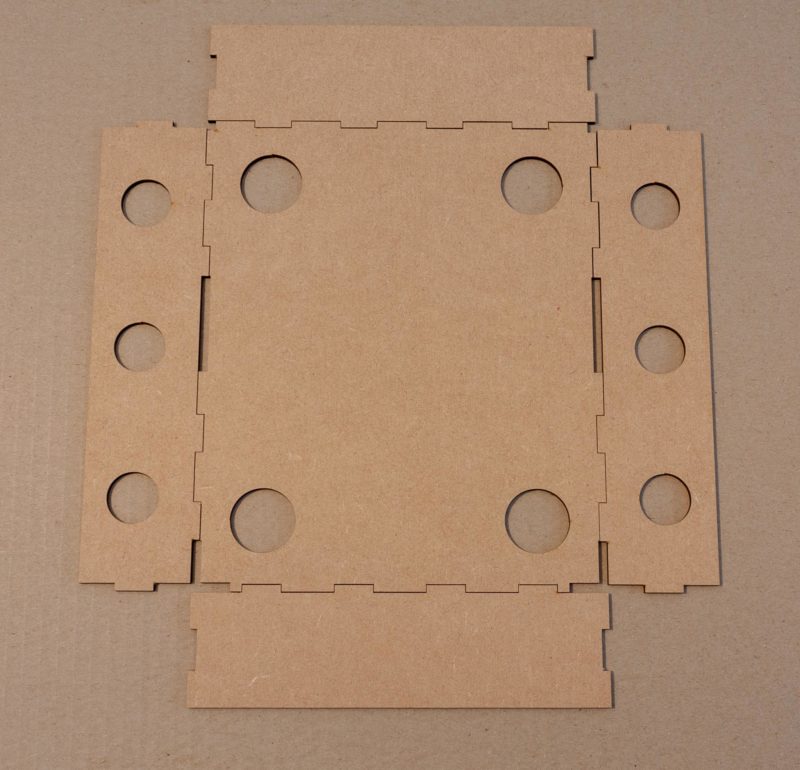 This tray is not symmetrical.  Depending on whether you build it with burn marks on the inside or outside will affect the orientation and locations of trays in the final layout of the insert.

Identify the below punch board. 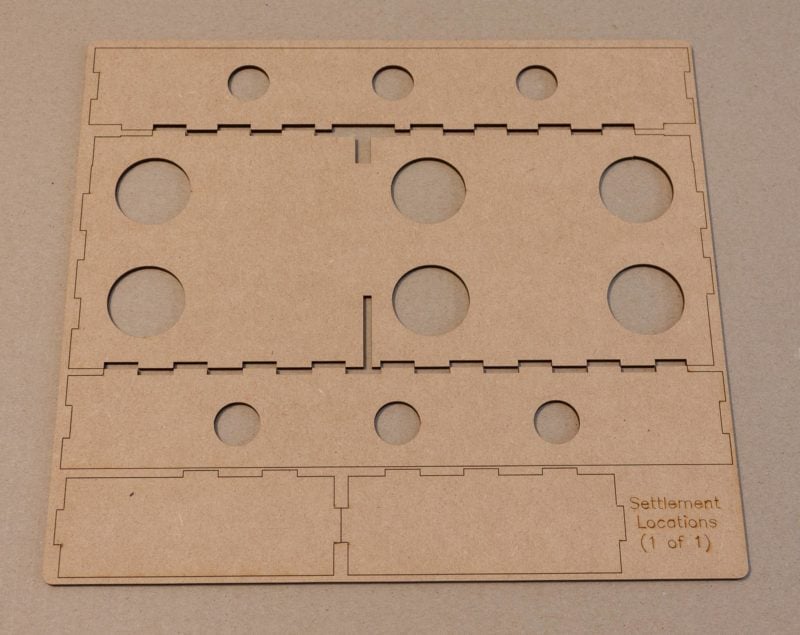 Arrange pieces as shown below, check all of the sides carefully, as the tabs do differ from top to bottom, and left to right 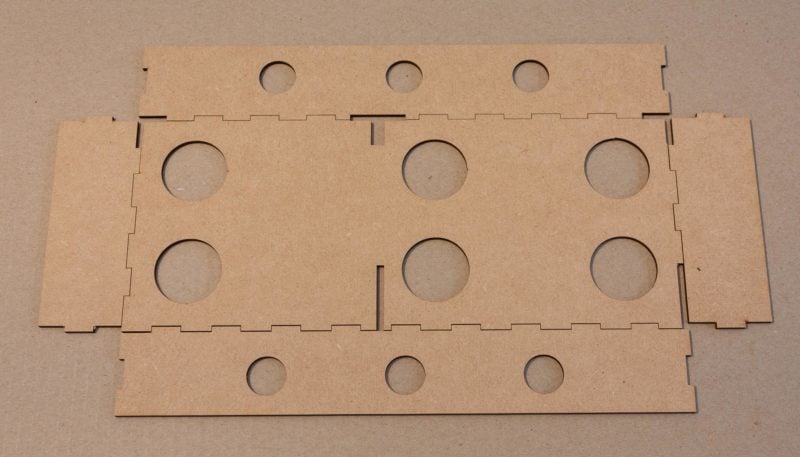 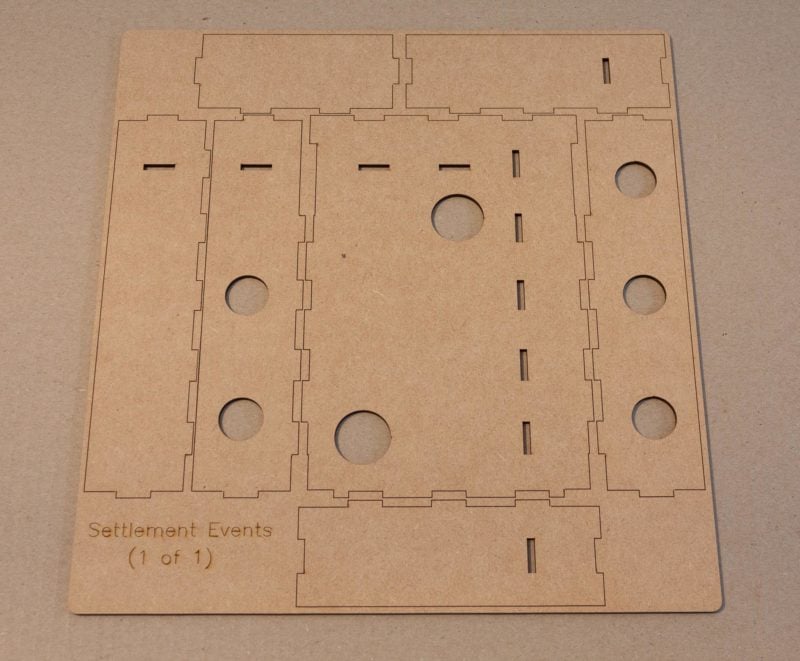 Layout and apply glue to the pieces as shown.  Note the locations of the slots that hold up the center dividers. 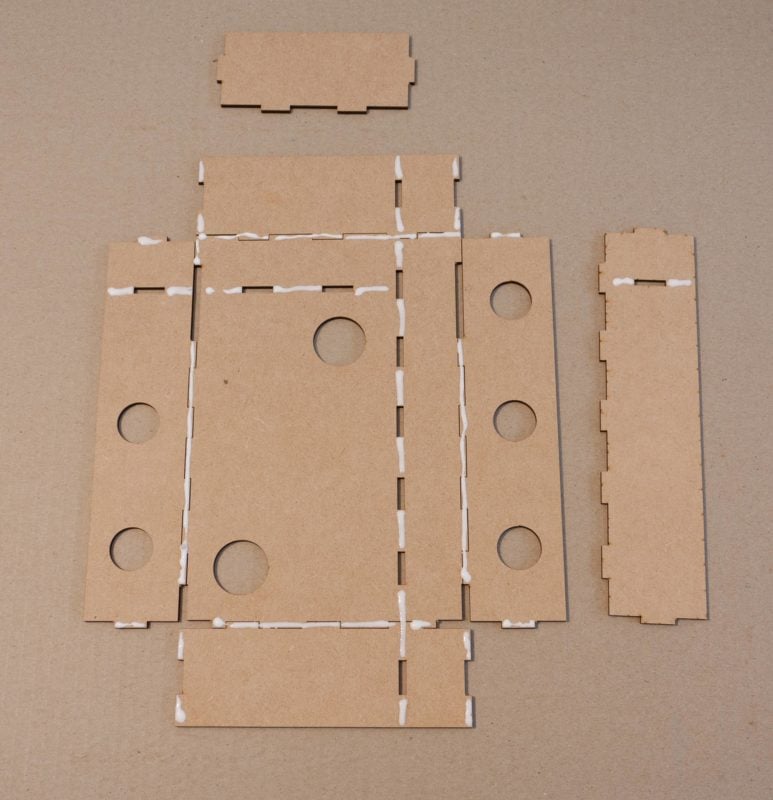 Mate the two center pieces together, then install them into the bottom of the tray. 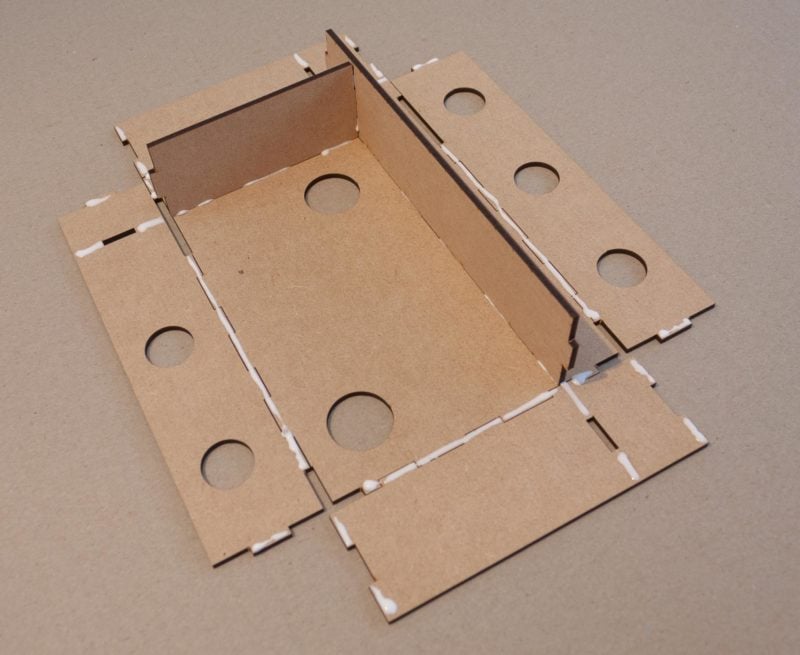 Fold the remaining sides up and complete as normal. 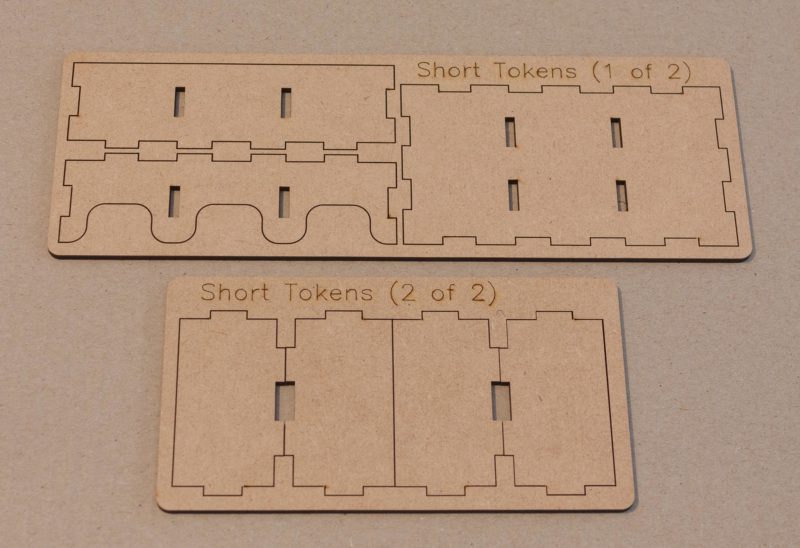 Layout and glue pieces as shown.  Note that the dividers and ends are identical, so it does not matter which ones you use. 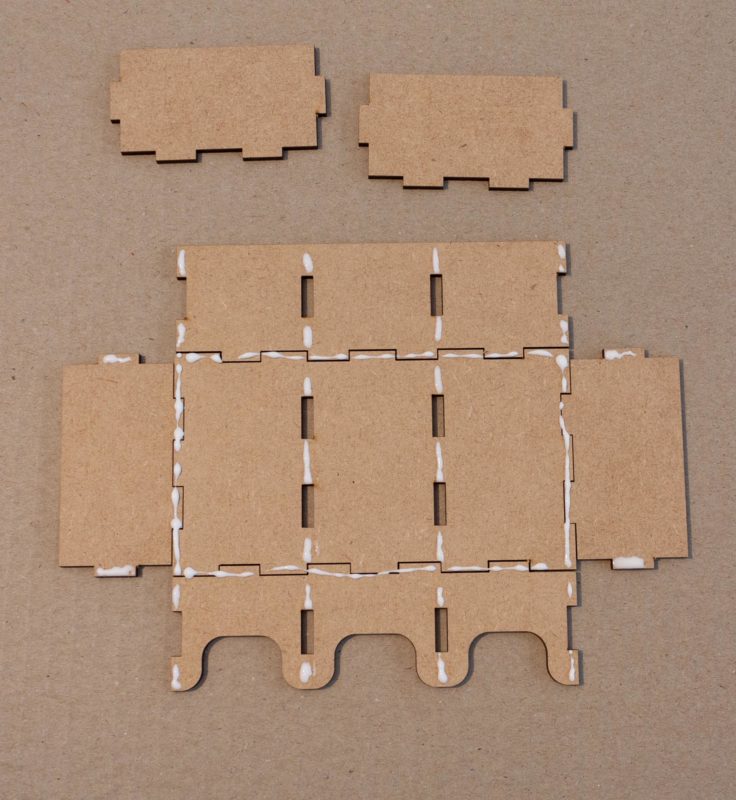 Insert the dividers first, then fold up the sides, completing the design as per other trays 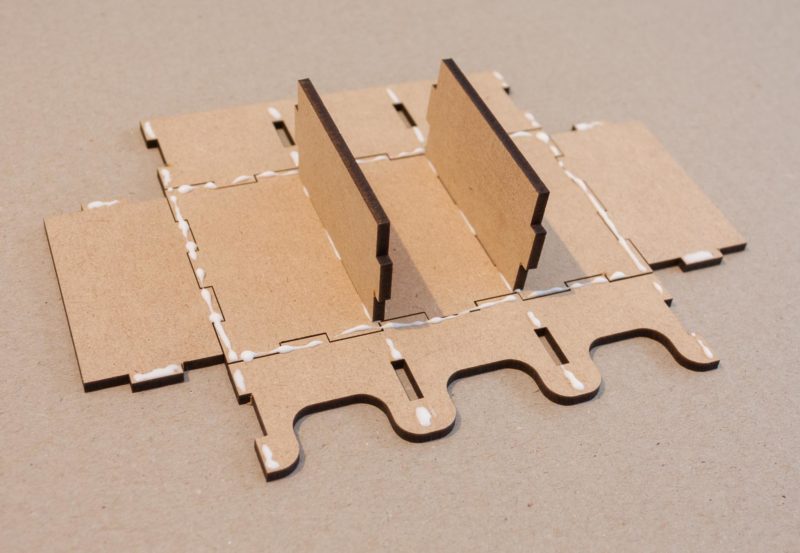 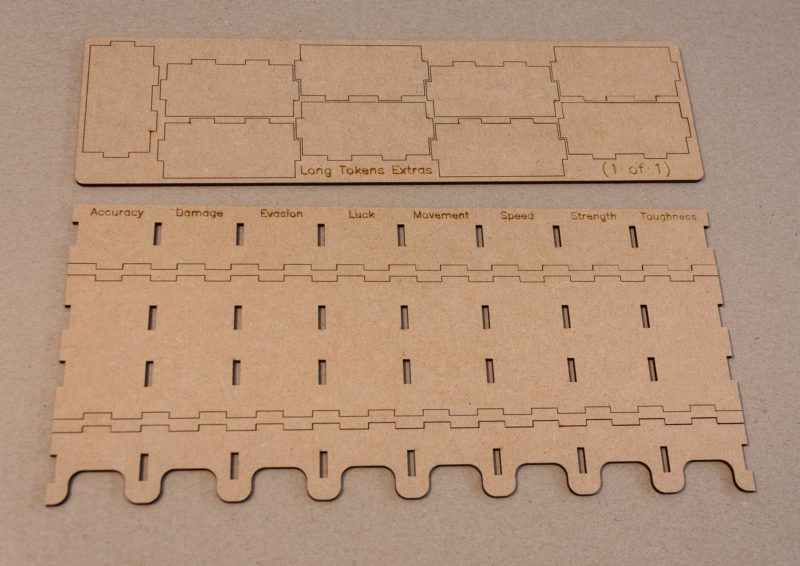 Glue up as shown below. 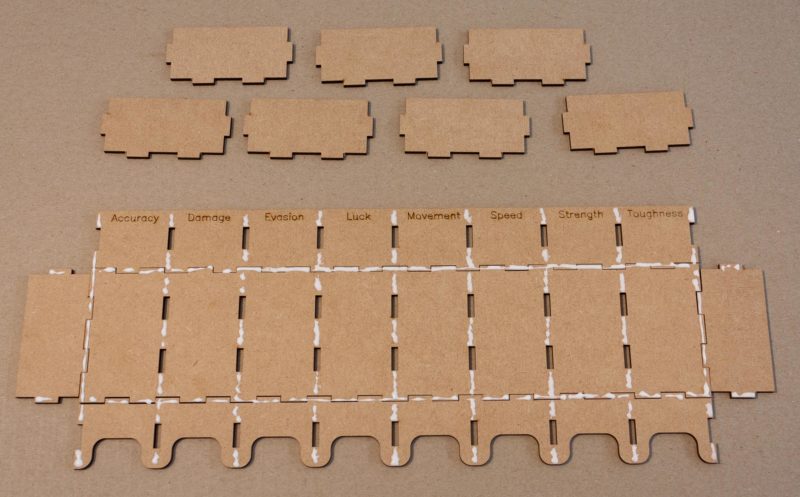 Assemble in the same manner as the short token tray, i.e. central dividers first, followed by the outside pieces. 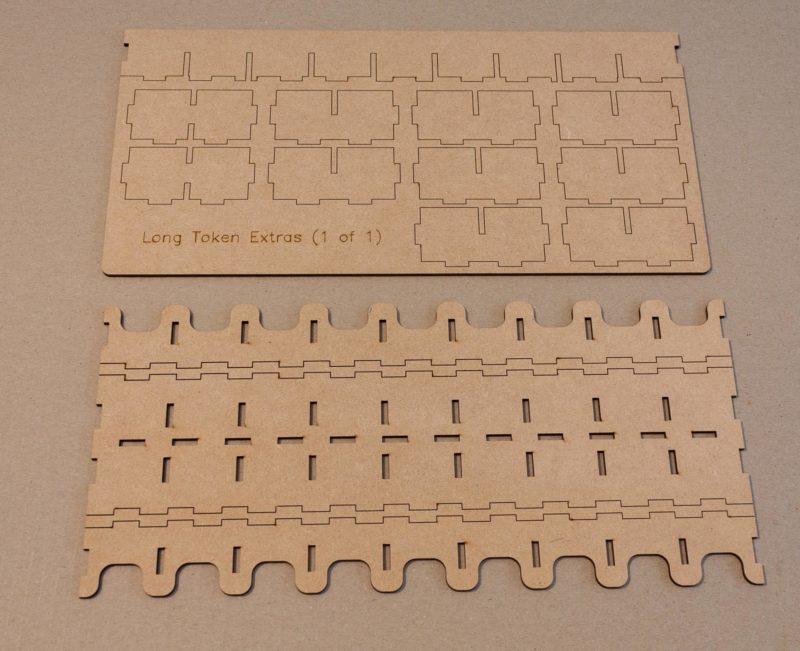 Lay out and apply glue as shown below.  Note that the end pieces have two slots in them, whilst the dividers only have a single slot. 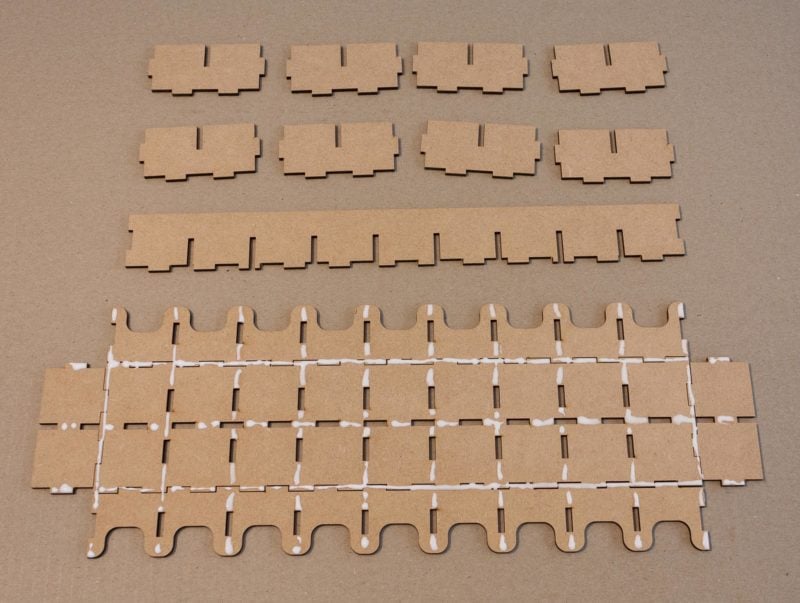 Fit the short dividers into their slots.

Then insert the centre divider.  This will require lining each small divider up, and sliding the central piece down from one end to the other.

Finally fold up the rest of the sides, and complete the tray as normal.

The assembly is similar for all trays. 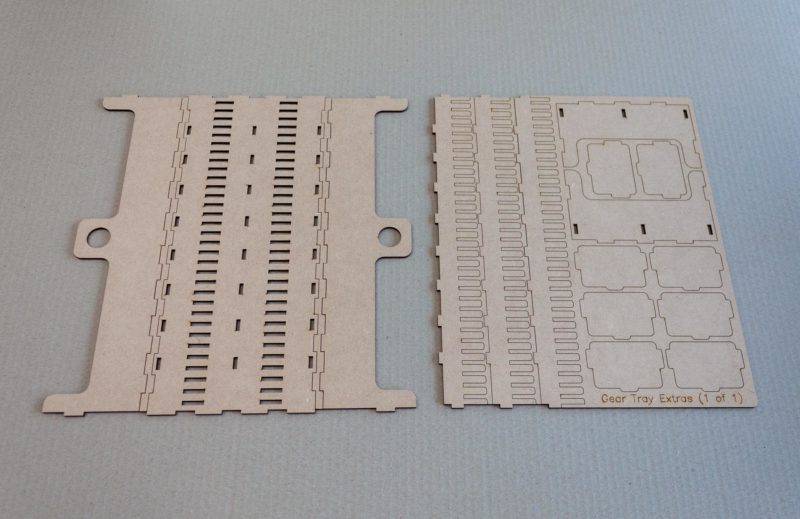 Apply glue as shown.  Note that down the sides, there are two lines of glue, one along the seam to hold the box together, and another right next to it which will hold the toothed guide. 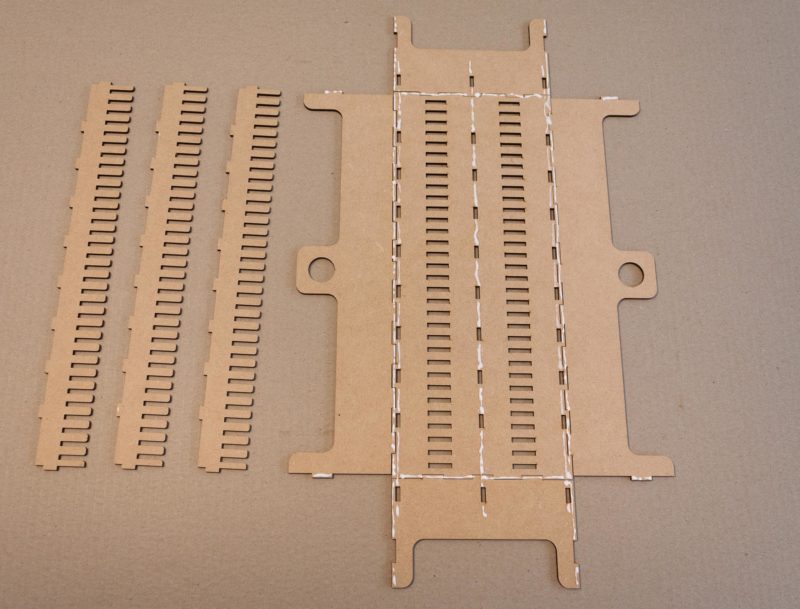 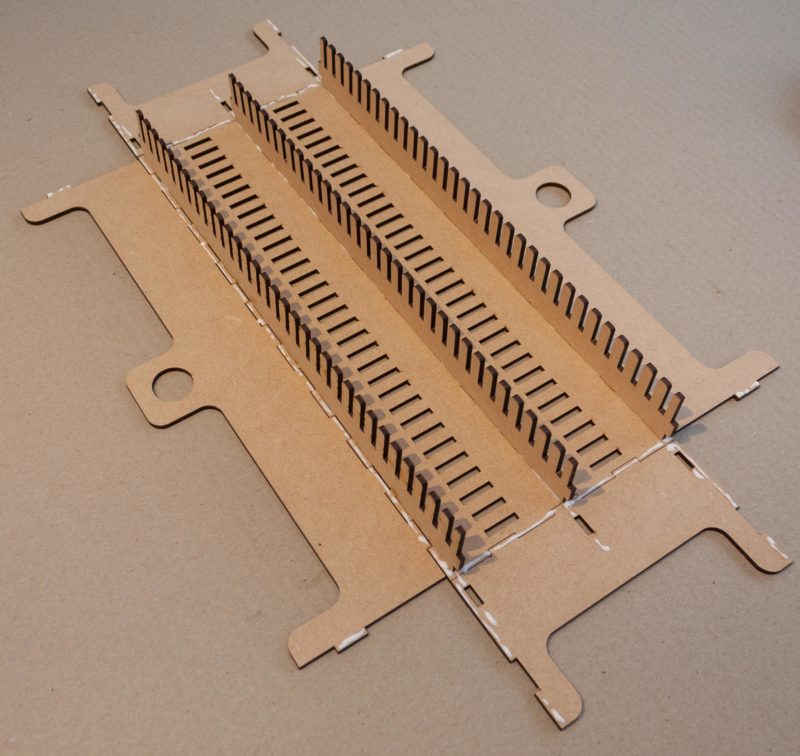 Finally fold the sides up, and tidy up glue as per all other trays.